Home
India & US Relationship
Could India benefit because of the USA and China trade war?

Effects of China and the USA trade war

India could gain from the USA and China trade fallout. However, much-required reforms on labor and land could remain challenging for companies to perform business there. Washington and Beijing have been going through stiff trade tension and it has caused certain manufacturers to change production from China to avoid expensive tariffs. Because of this, Southeast Asian countries like Vietnam have profited in recent trade shifts. Along with Vietnam, India is also said to be a beneficiary.

India has chances to expand its footprint due to China and the United States trade conflict mostly under areas in which the United States has imposed high tariffs on China. Besides the trade, alteration in investment movement is the best opportunity India can benefit from since manufacturers are looking for alternative origination destinations. It means it could appeal to foreign investments in India.

At present, the international export market in India is very small. Though the population of Germany is 16 times less than India, its exports sum up to 8.17% of the entire trade flows of the world. When India is compared with Germany, world trade in India sums up to only 1.68%. 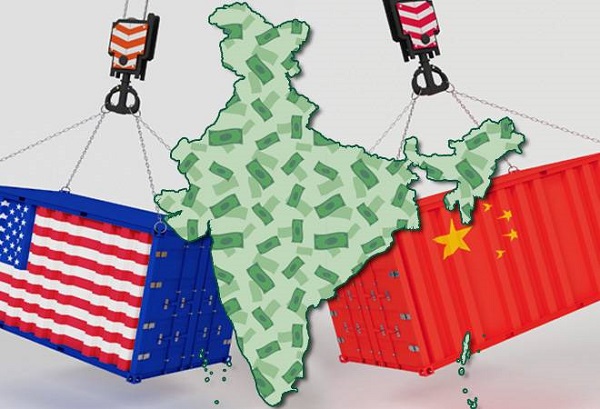 What are the winning sectors in India?

The USA and China trade war has helped India benefit in three important export sectors like engineering, chemicals, and pharmaceutical. At present, India is a competitive player in these three industries globally. It will perform better than before so meet future requirements in these areas.

When it comes to engineering, India occupies the 12th largest manufacturer of machine tools in the world. India also exports more than 60% of engineering products to Europe and the United States.

There are chances for the manufacturing sector to benefit particularly in the electronics sectors, footwear, and textiles. As exports from China and the United States are getting expensive day by day, several manufacturers may start to depend on other Asian countries such as India.

It may be a good chance for India to make use of this trend. Global manufacturers are concentrating on the fast-growing Indian local customers. There are chances for the Indian economy to gain about $11 billion due to these trade changes.

In India, businesses face two kinds of challenges like labor regulations and land laws. Land laws remain as the main hurdle for infrastructure development and manufacturing. The existing land laws are challenging for private companies to occupy manufacturing units. 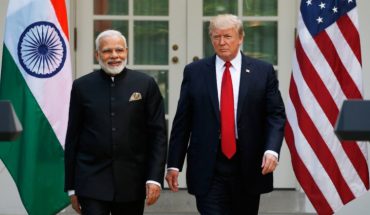